RUSH: I want to start with a graduate, or the closest that we've ever had to a graduate, of the EIB Limbaugh Institute, and that would be Florida Governor Ron DeSantis. As you know, there are no graduates from the Limbaugh Institute because the learning never stops. We don't issue degrees here because there never is a time where we have proclaimed that our students have learned it all. Because our curriculum is constantly expanding. There is no set curriculum here. 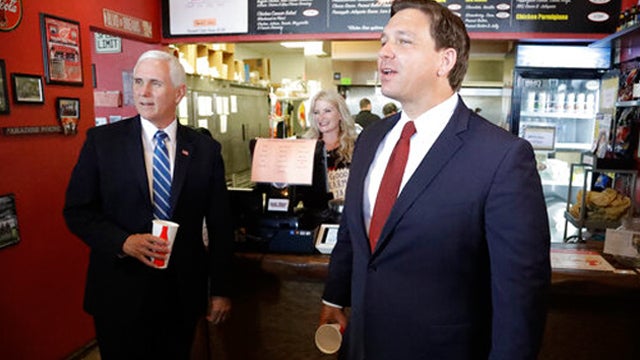 But Governor DeSantis has asked in the past for an honorary degree, and Governor DeSantis has said that if said honorary degree were ever bestowed, that he would frame it, hang it proudly on the wall in his gubernatorial office. And if anybody has come close to earning an honorary degree from the Limbaugh Institute, it is the governor of Florida, Ron DeSantis. He has clearly had enough of the Drive-By Media. After months of being slammed by fake news and by the gloom and doom casualty forecasts over his handling of the coronavirus, the governor called them out.

With Vice President Mike Pence by his side, Governor DeSantis reminded reporters to their faces that a lot of the people in their profession had gleefully predicted for weeks that Florida was gonna be just like New York. They couldn't let New York be a standalone because it's a New York governor, somebody they're still trying to maneuver to be Plugs' replacement who's been an abject failure.

Who continues to be an abject failure! Who has presided over the unnecessary, untold deaths of how many seasoned citizens by farming 'em out to nursing homes to get rid of them! He never did face the massive hospital shortage that the president set him up for, never needed any of the additional hospital spaces, hospital beds. So the Drive-By Media, just as Trump must look bad every day in as many ways as possible, Andrew Cuomo must look like perfection.

He must look like brilliance. He must be portrayed as the legitimate inheritor of the brilliance of his father, Mario "The Pious" Cuomo. And he just can't pull it off. New York is an absolute disaster area because of the way it has been dealt with. It has been set up to be an ongoing disaster area because Governor Cuomo refuses to even contemplate the prospect of opening up the city -- and in the service of what?

In the service of defeating Donald Trump, in service of winning back the White House. This, the party that supposedly cares about the little guy, that cares about the downtrodden, the blue-collar union worker. So much is being exposed about the Democrat Party, about who they really are and what their interests actually are. Governor DeSantis was said to be presiding over a circumstance in Florida that was gonna be so much worse than New York. 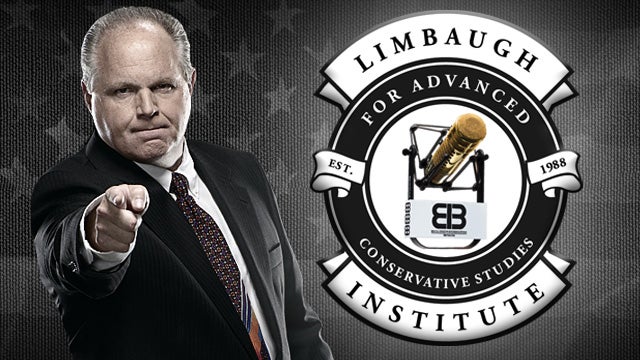 Do you know why? 'Cause there's so many seasoned citizens here -- and because of the experience of Governor Cuomo, why, seasoned citizens are the number one death trap for COVID-19! And DeSantis is a Republican; he doesn't know what he's doing. They got this massive retirement thing down there they call The Villages.

Not a single reported case.

Not a single reported death.

And as DeSantis points out, not only is his own population diverse with a significant-sized elderly population, a bunch of the people fleeing New York and the Northeastern states where these lockdowns are in place are coming to Florida. And even those people are staying healthy. The predictions that Florida would be just like New York never materialized.

DeSantis ran through the coronavirus data for Florida. He compared it with states like New York, Illinois, Michigan, Indiana. He also studied Hong Kong and he studied South Korea, and he found out how they... He studied Italy. He was hell-bent on not repeating any of the policies and the mistakes that had led to massive numbers of cases and deaths in either other states or other countries.

And as I say, despite the massive numbers of people escaping to Florida -- escaping the infected Northeast -- Florida did better than all the others. New York has over 350,000 coronavirus cases compared to under 50,000 cases in Florida -- and 29,000 of those in Florida are in the southeastern counties of the state. There have been about 2,000 deaths in Florida, but that's less than one-tenth the 23,000 deaths in New York.

And yet the Drive-By Media puts Andrew Cuomo up on this pedestal and touts him as great and compassionate and concerned and qualified to replace Plugs as the Democrat presidential nominee, and they still try to cast DeSantis as a right-wing kook conspiracy theorist who can't think or open his mouth without talking to Donald Trump first -- and he's finally had it. 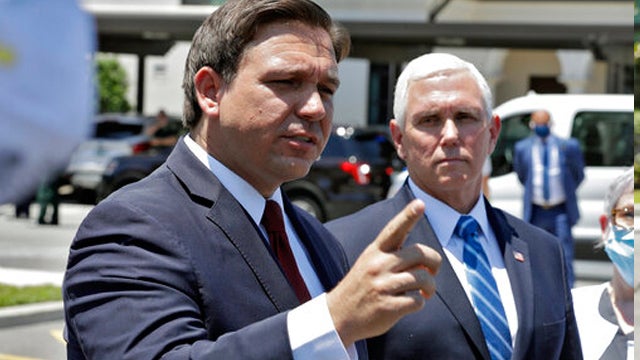 DeSantis went on to say that despite Florida's success, the Drive-Bys are never gonna cover it because it doesn't fit their narrative. And that is true. It's also true for Georgia. Even the mayor of Atlanta has now been forced to say, "You know what? It's not as bad as I thought it was gonna be...yet," he says. Governor Kemp opens up Georgia, and the same kind of cacophonous negative, critical excrement show descends on him from our same old buddies in the Drive-By Media.

And yet they have fewer cases. The mayor of Atlanta is pleasantly surprised cases are going down. So it remains true. States... Look at Illinois. J. B. Pritzker. There is a revolt brewing in Illinois primarily because of what Pritzker, the governor there, is trying to do with churches. The first thing these Democrat governors did? Did you notice? Shut the churches and try to take away people's guns. First thing the blue state governors did.

You can't have a college football season 'til you open the universities, and Notre Dame has announced they're going to open the university. Blue state governors wanted to take away church, wanted to take away guns. It remains that what is good for America is, at this point in time, bad for Democrats. Here is Governor DeSantis. This was yesterday in Florida after he and Pence delivered masks and gloves to a nursing home in Orlando.

DESANTIS: Our data is available. Our data is transparent. In fact, Dr. Birx talked multiple times about how Florida has the absolute best data. So any insinuation otherwise is just typical partisan narrative trying to be spun. And part of the reason is that because you got a lot of people in your profession who waxed poetically for weeks and weeks about how Florida was going to be just like New York.

And I was the number one landing spot from tens of thousands of people leaving the number one hot zone in the world to come to my state. So we've succeeded, and I think that people just don't want to recognize it because it challenges their narrative. It challenges their assumption. So they got to try to find a boogeyman. Maybe it's that there are black helicopters circling the Department of Health. If you believe that, um, I got a bridge in Brooklyn I'd like to sell you.

RUSH: That is Governor DeSantis really unloading on the media yesterday. The media has been doing two things: Lying in wait, hoping Florida falls apart because he's a Republican. And then, when Florida becomes a success story, they do not say a word. They do not report it, and yet keep touting the great successes of this waste of a governor in New Jersey and then Cuomo in New York and what's going on in Michigan.

It's just absurd. Even Rich Lowry at National Review has a piece, "Where Does Ron DeSantis Go to Get His Apology?" Fat chance.